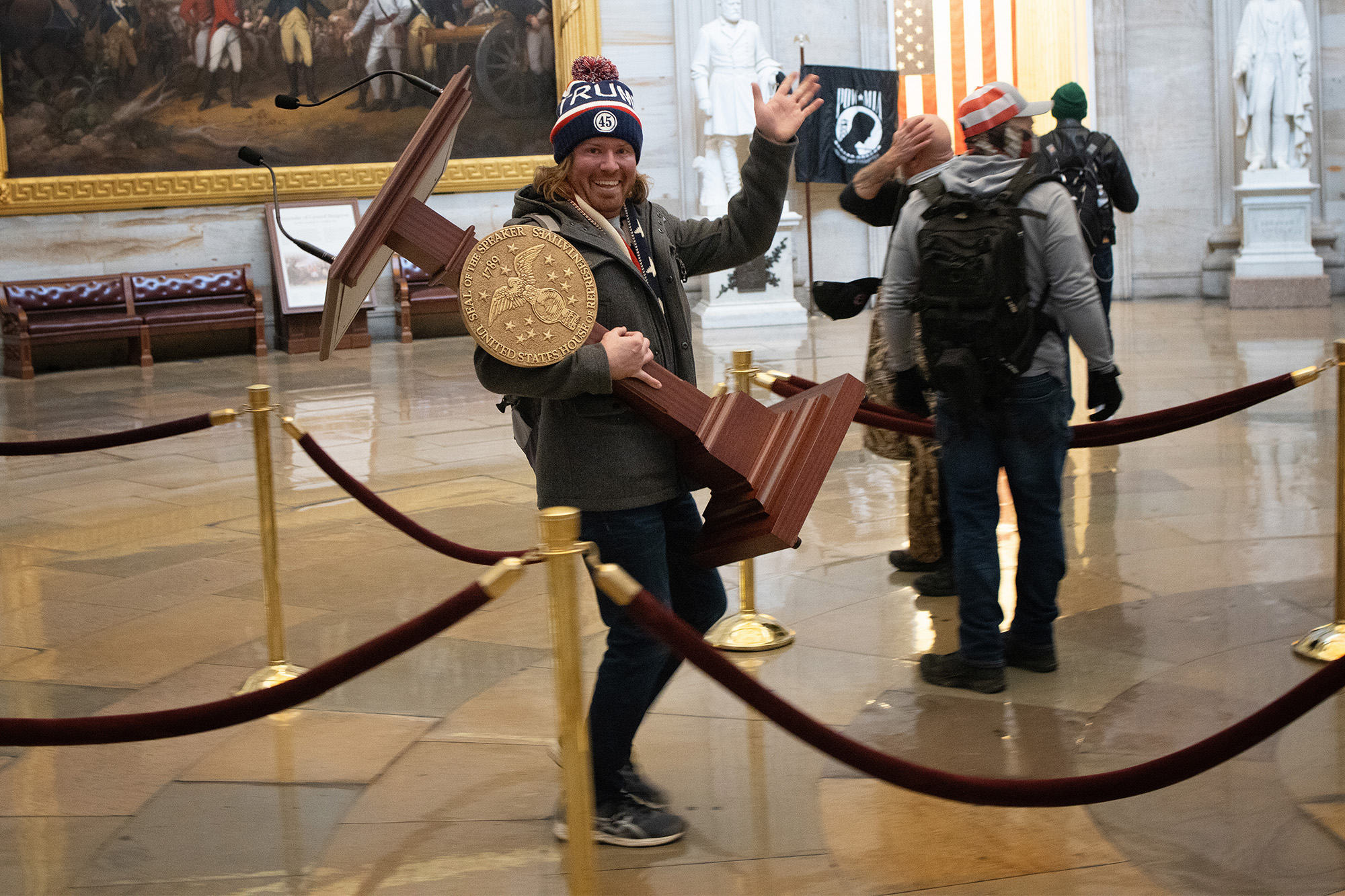 You know you’re in trouble when your lawyer appears in front of the cameras — and seems to admit authorities have you dead to rights.

A lawyer for the Trump supporter caught on camera grinning and waving while toting around House Speaker Nancy Pelosi’s lectern during Wednesday’s rioting at the Capitol told reporters in an amazingly frank interview Monday that the snapshot of his client presents a problem.

“You have a photograph of our client in a building, unauthorized to be there, with what appears to be a podium or a lectern, I’m not exactly sure which one it is called. But that’s what we have,’’ said Dan Eckhart, a lawyer for suspect Adam Johnson, according to Twitter posts of the footage.

A reporter can be heard saying to Eckhart, “Obviously, that’s a problem for you as a defense attorney.’’

The lawyer responds, “Yes, I don’t know how else to explain that.

“But yeah, that would be a problem. I’m not a magician,’’ he said. “So yeah, we’ve got a photograph of our client in what appears to be inside a federal building or inside the Capitol with federal property.’’

Johnson, 36, of Parrish, Fla., was arrested Friday over the Capitol chaos and faces charges including knowingly entering or remaining in any restricted building or grounds without lawful authority and theft of government property.

He was released Monday on $25,000 bond, according to Florida CBS-TV affiliate WTSP.

Colorado man allegedly kills wife after being released from jail