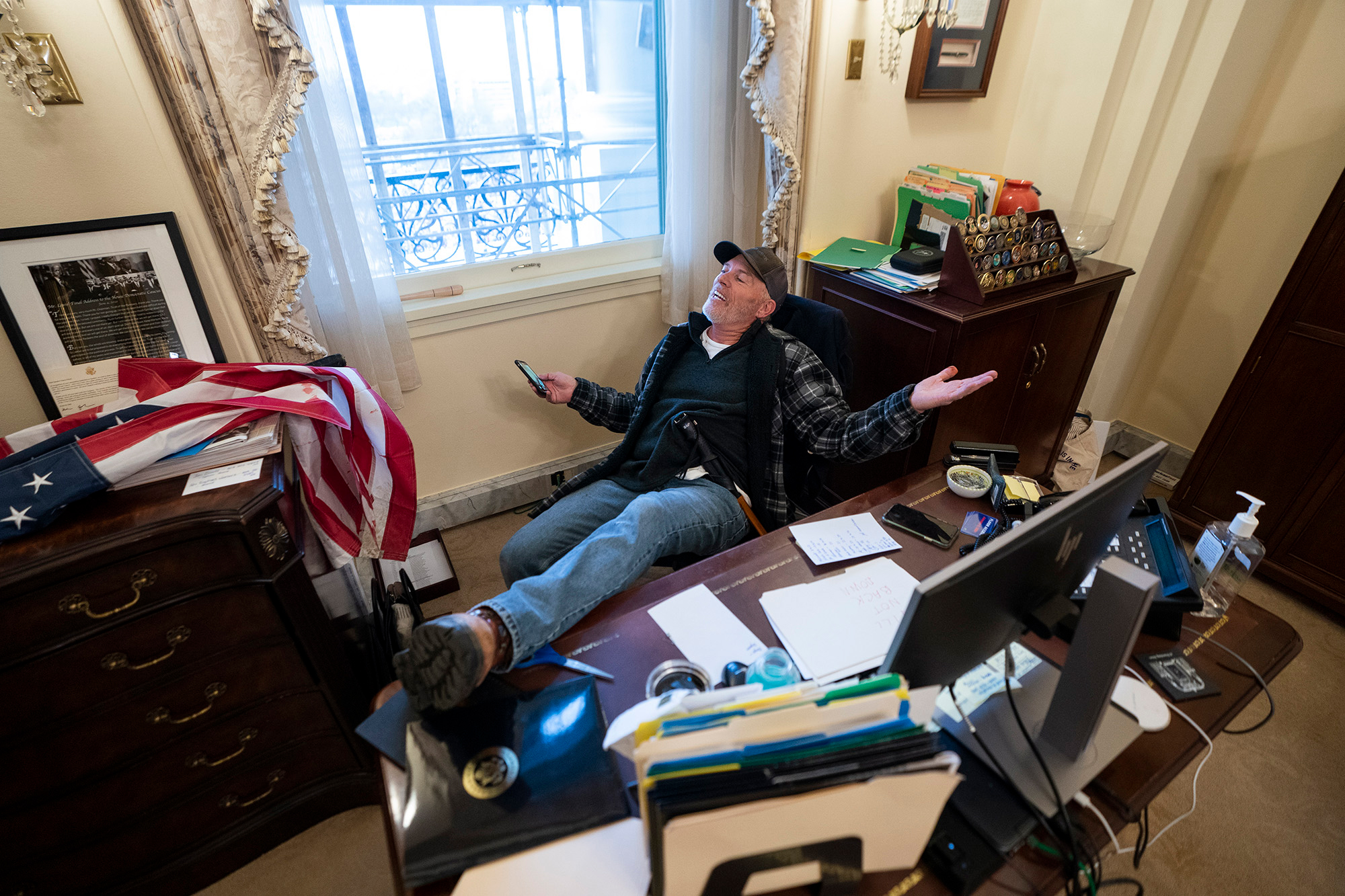 WASHINGTON — Rioters vandalized House Speaker Nancy Pelosi’s suite of offices in the US Capitol on Wednesday, flipping tables and rummaging through desks after a large mob of Trump supporters stormed the building.

One man was photographed reclining with his feet on a desk in Pelosi’s office while other men in “Make America Great Again” hats horsed around with desk phones and streamed the incident.

Another demonstrator was seen grinning as he walked away with Pelosi’s podium as unprecedented scenes of looting and chaos engulfed the Capitol after rioters overpowered police and trapped lawmakers in the Senate and House of Representatives chamber, leading to a tense armed standoff.

Protesters were photographed wandering around lawmakers’ private offices and rummaging through their desks after members of Congress were dramatically evacuated and taken to a secret location.

Capitol Hill police had to plead with demonstrators not to rifle through senators’ belongings as they posed for selfies.

The White House announced it was deploying the National Guard to DC to help disperse the crowd as lawmakers on both sides of the aisle begged the president to do something.

Tens of thousands of Trump’s supporters flocked to Washington earlier Wednesday to hear the president deliver a fiery speech at a rally outside the White House where he claimed the election had been stolen from him.

Both chambers of Congress were in session for a vote to confirm President-elect Joe Biden’s victory.

Lawmakers who had been debating were forced to barricade on the Senate and House floor when pro-Trump rioters unhappy with the election result stormed the building.

At least one woman is in critical condition after being shot while several other people have also been hospitalized, according to multiple reports.