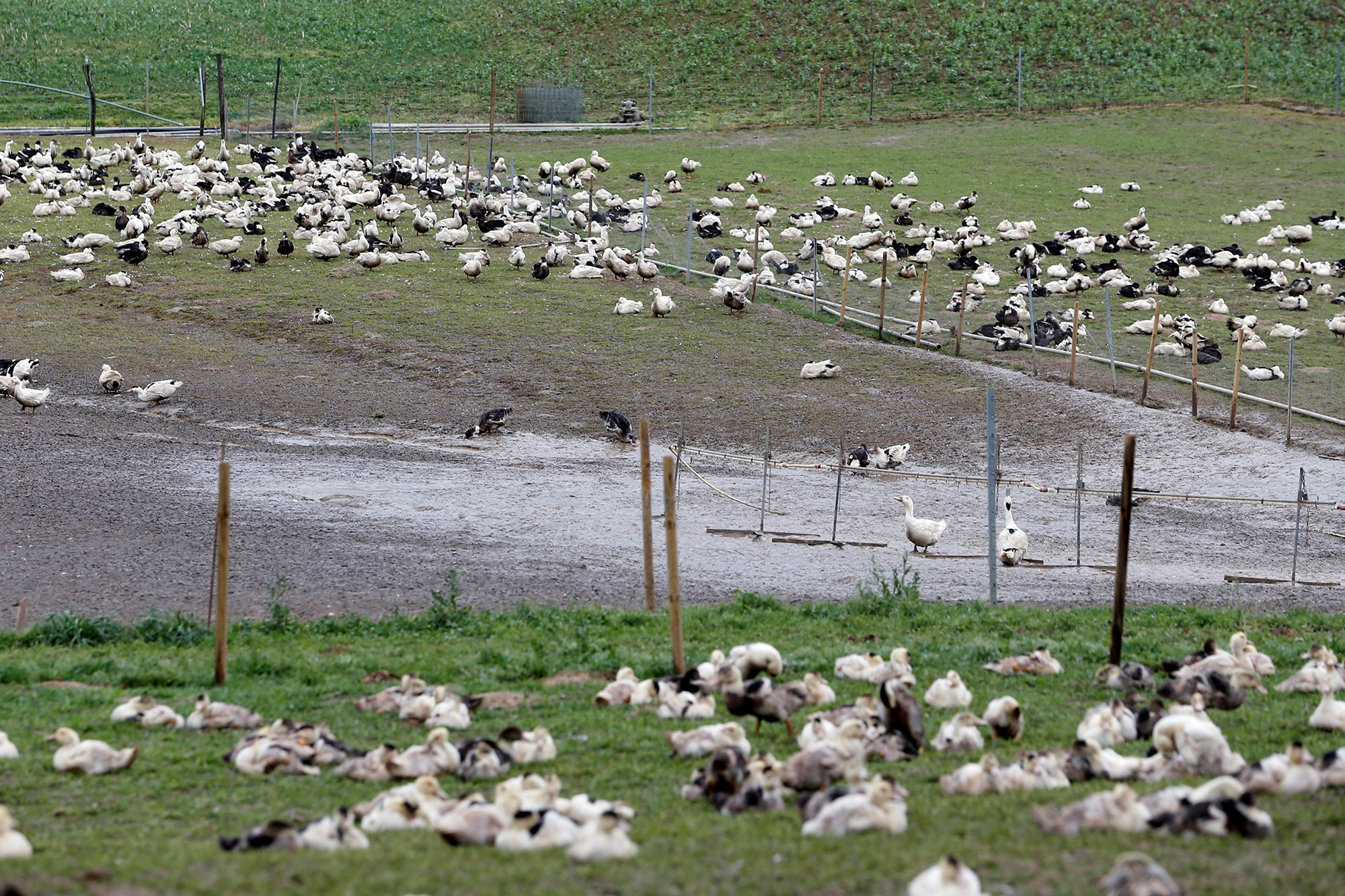 France plans to slaughter 600,000 birds in an effort to prevent the spread of the avian influenza infecting duck flocks in part of the country, health officials said Tuesday.

Nearly 200,000 poultry birds have already been culled, a farm ministry official said, in a bid to contain the H5N8 virus, which is not known to be transmissible to humans.

As of Jan. 1, France had confirmed 61 bird flu outbreaks. Forty-eight of them were in the southwestern Landes region, according to the farm ministry.

The culling includes the preventive killing of birds in areas surrounding the outbreak to limit transition to farm flocks.

Duck breeding in the Landes is used to supply the foie gras industry.

The health ministry said other parts of France appear to have the virus under control.