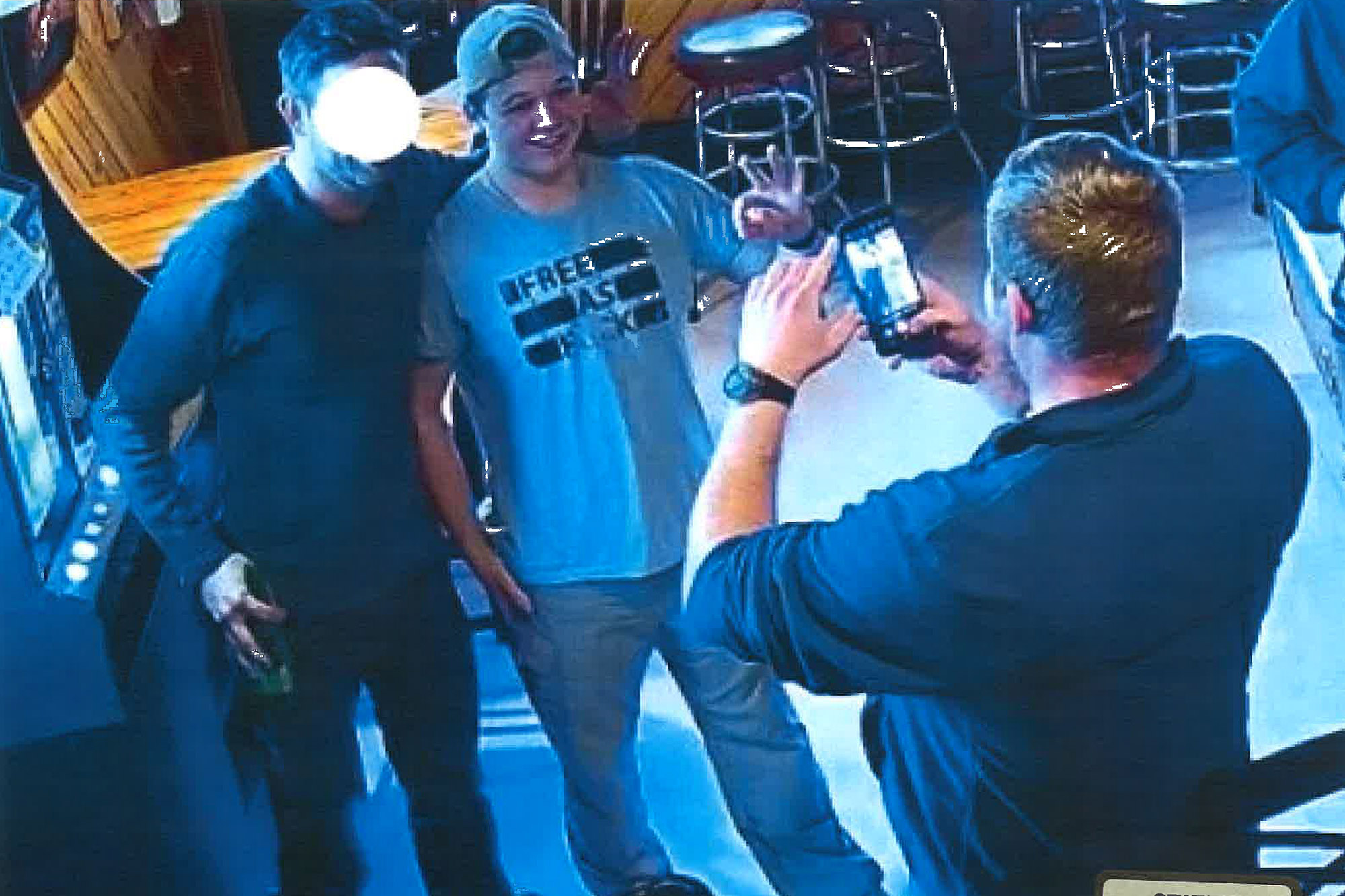 The 18-year-old was celebrated by members of the right-wing group at a Wisconsin bar just 90 minutes after he was arraigned on Jan. 5 for the deadly Kenosha riots, Kenosha County prosecutors said in court documents.

Wearing a T-shirt reading “Free as F–k,” Rittenhouse was serenaded with the Proud Boys anthem, “Proud of Your Boy” — and then repeatedly made the “OK” sign, which has been “co-opted as a symbol of white supremacy/ white power” and used by neo-Nazis and the KKK, prosecutors alleged.

Rittenhouse — who was with his mother at the bar — was shown making the symbol several times in surveillance images used in court filings to try to restrict his $2 million bond conditions.

The 18-year-old was filmed downing three beers in 90 minutes in Pudgy’s Pub in Mount Pleasant, prosecutors said, while noting it was legal in bars in the Badger State because his mother was with him.

They still pressed for him to be barred from drinking, however, noting it is illegal under 21 in his home state Illinois, and arguing that alcohol “increases the likelihood of violent criminal acts.”

Prosecutors are also requesting he be banned from making white-power signs — as well as having contact with “any known militia” or “violent white power/ white supremacist groups,” including the Proud Boys.

Rittenhouse is charged with the murders of Joseph Rosenbaum and Anthony Huber, and attempted murder of Gaige Grosskreutz during the Aug. 23 protests over the police shooting of Jacob Blake.

He has admitted being the gunman, but has always maintained he fired in self-defense. He was just 17 at the time.

New vaccines could be ‘weeks away’ from possible approval