So Meghan Markle was invited to take part in the Most Powerful Women virtual summit this week.

To discuss, of all things, “humane tech.” Yeah, go figure.

As suspected, what Meghan had to say on the actual subject of tech was pretty much worthless. After all, her knowledge of tech rivals my knowledge of medical science, which is non-existent.

What she said still made the headlines, though, even it wasn’t really anything to do with the subject matter.

“If you listen to what I actually say, it’s not controversial.”

Meghan, The Duchess of Sussex, joined the #FortuneMPW Summit and shared her advice for speaking out on important issues: https://t.co/pSn3nFrdtQ pic.twitter.com/4bJ9NBoTuD

When I read that this is what she said, I could not believe it. As I type this, Meghan Markle is currently involved in a court case to try and deter media outlets from reporting on her negatively in the future.

During her speech, she claims:

I have already settled it for myself, so flattery and criticism go down the same drain, and I am quite free. And the moment you are able to be liberated from all these other opinions of what you know to be true, then I think it’s just very easy to just live with peace and live with authenticity. And that is how I choose to move through the world.

In my previous piece on Meghan Markle being invited to speak at this conference, I mentioned a word-salad warning, and I wasn’t wrong.

You just know when you have Meghan talking to you that you should expect the full spectrum of buzz words.

It was, as predicted, a word-salad festival. I did warn you!

Meghan hit all the word-salad favorites, including “being free,” “liberated,” and, of course, the classic nonsense about “authenticity.”

You tend to find that those who bleat on about authenticity are the very people who possess none. 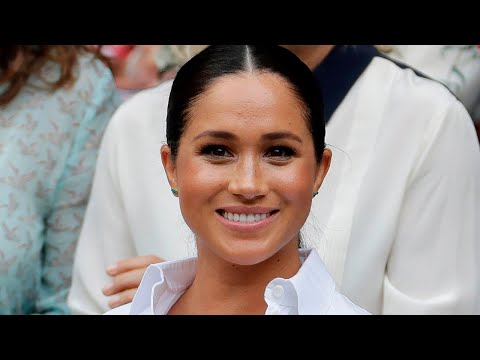 Much of the Meghan Markle narrative is based around “negative media” and is centered around her attempts to curate the information published about her.

Make no mistake; this is a woman who cares very profoundly what public opinion of her is. And with good reason, as the personal brand she’s trying to sell us revolves around the paying public caring about her and her views.

Without that reputation, she’s no one. There would be no Netflix deal if it wasn’t believed her name and royal title would draw the interest of paying viewers.

There would be no well-paid speaking engagements if the wealthy corporations and banks who pay for such services didn’t see any point in hiring her. God knows they aren’t looking to bring her in for what she has to say. It’s all about reputation.

As if the Meghan Markle segment of the virtual conference couldn’t get any more ridiculous, she proceeded to drop this on us:

Part of our focus with the Archewell Foundation is to just ensure that we are helping foster healthy positive communities ― online and off ― for our collective wellbeing.

When a woman who personally calls a fan of hers who is a proud self-confessed internet bully, it’s impossible to take anything she says on “positive communities” seriously.

In fact, it’s nearly impossible to take anything Meghan Markle says seriously at all.

General Motors Should Demand a Better Deal From Nikola. Or Walk