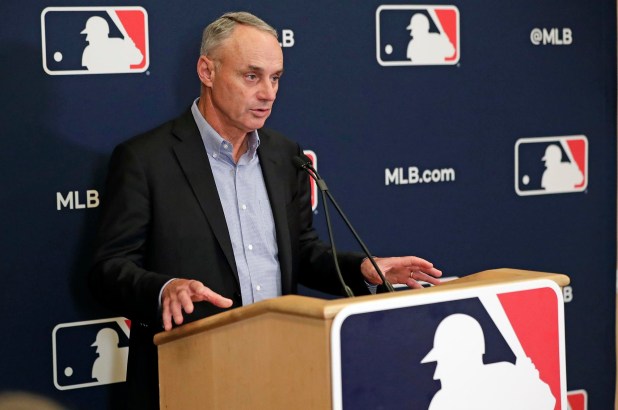 The MLB, led by Commissioner Rob Manfred, above, is the first league to halt political donations.
John Raoux, File/AP

Major League Baseball is pausing all political contributions through its PAC in response to the deadly Capitol riot.

The league announced the move, a first among major professional sports leagues in the wake of the siege, in a statement to the Associated Press.

“In light of the unprecedented events last week at the U.S. Capitol, MLB is suspending contributions from its Political Action Committee pending a review of our political contribution policy going forward,” the league told the news service.

Since the 2016 election cycle, the league’s PAC — the Office of The Commissioner of Major League Baseball Political Action Committee — has donated $669,375 to House and Senate candidates, according to The Center for Responsive Politics.

Just over 52 percent of the PAC’s donations were dished out to GOP candidates.

The National Football League told the AP in a statement that it will revisit its political contribution policies.

Numerous major corporations have already vowed to reconsider their political spending since the Capitol attack, while Facebook and Microsoft said they suspended theirs.

Rangers have playoffs on mind despite young roster

McCarthy slams Biden’s executive orders and for ‘appeasing’ WHO

Woody Johnson returning to US to take back charge of Jets