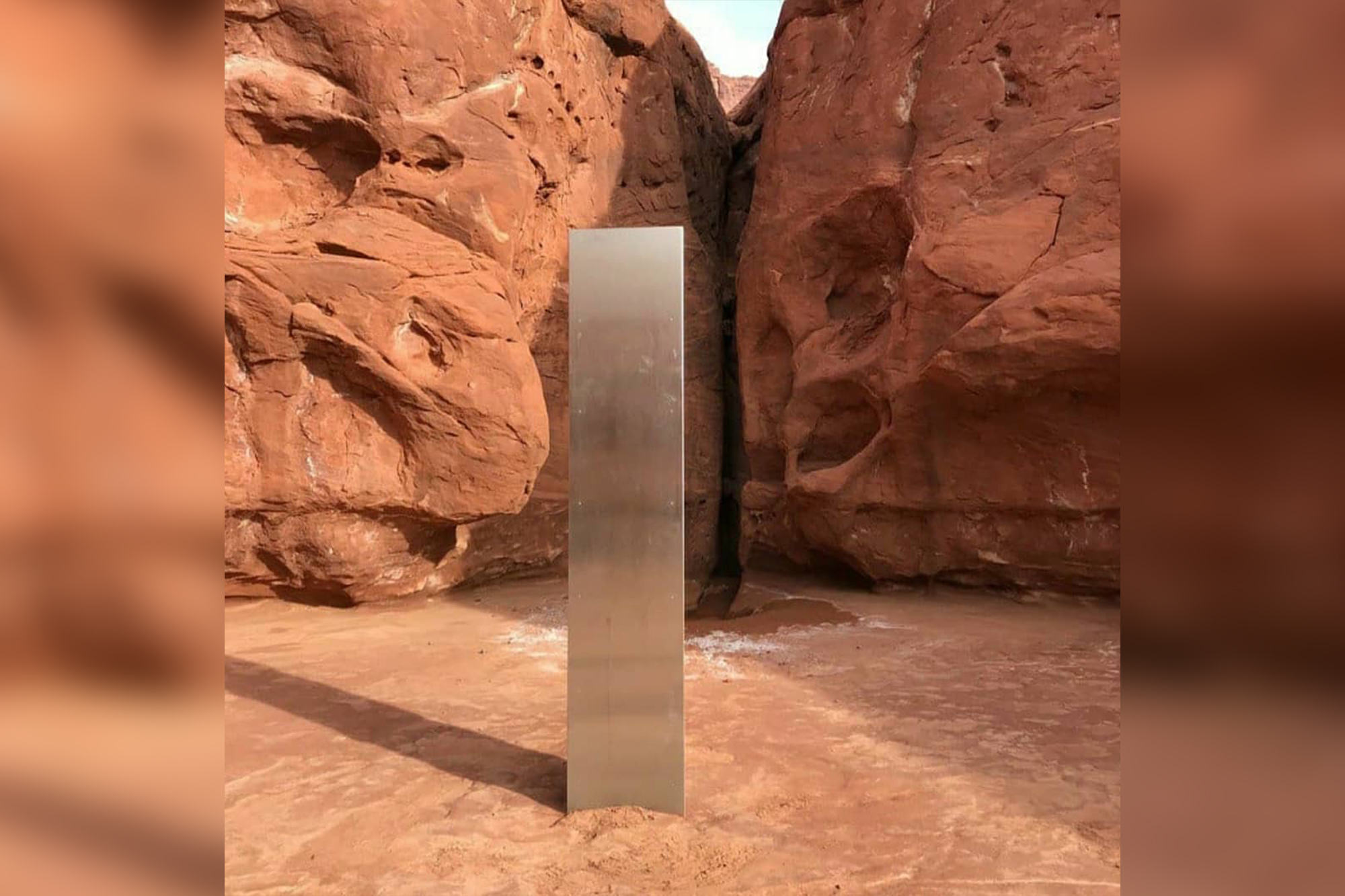 Wildlife officials in Utah were counting sheep from a helicopter when they discovered a shiny metal monolith in a remote area that looks straight out of a Stanley Kubrick film.

It is estimated to be about 10 to 12 feet high, and its glistening surface is in sharp contrast to the large red rocks that surround it.

Wednesday’s discovery appears to have been firmly planted in the soil, and not dropped from above.

On Instagram, Utah’s highway patrol shared a picture of the bizarre finding with a caption reading: ?”Counting big horn sheep with DWR this week. During the counts we came across this, in the middle of nowhere, buried deep in the rock. Inquiring minds want to know, what the heck is it? Anyone? 👽?”

The helicopter pilot, Bret Hutchings had an idea, telling local news channel KSLTV: “I’m assuming it’s some new wave artist or something or, you know, somebody that was a big 2001: A Space Odyssey fan.

The monolith and its setting resembled a famous scene from the 1968 film, in which a group of apes encounter a giant slab on the planet Jupiter.

“One of the biologists is the one who spotted it and we just happened to fly directly over the top of it,” Hutchings said. “He was like, ‘Whoa, whoa, whoa, turn around, turn around!’ And I was like, ‘What?’ And he’s like, ‘There’s this thing back there – we’ve got to go look at it!’”

“That’s been about the strangest thing that I’ve come across out there in all my years of flying,” he added.

Hutchings was flying for the Utah Department of Public Safety, which was helping wildlife resource officers count bighorn sheep in the south of the state.

Pandemic fails to put a crimp in holiday shopping outlook