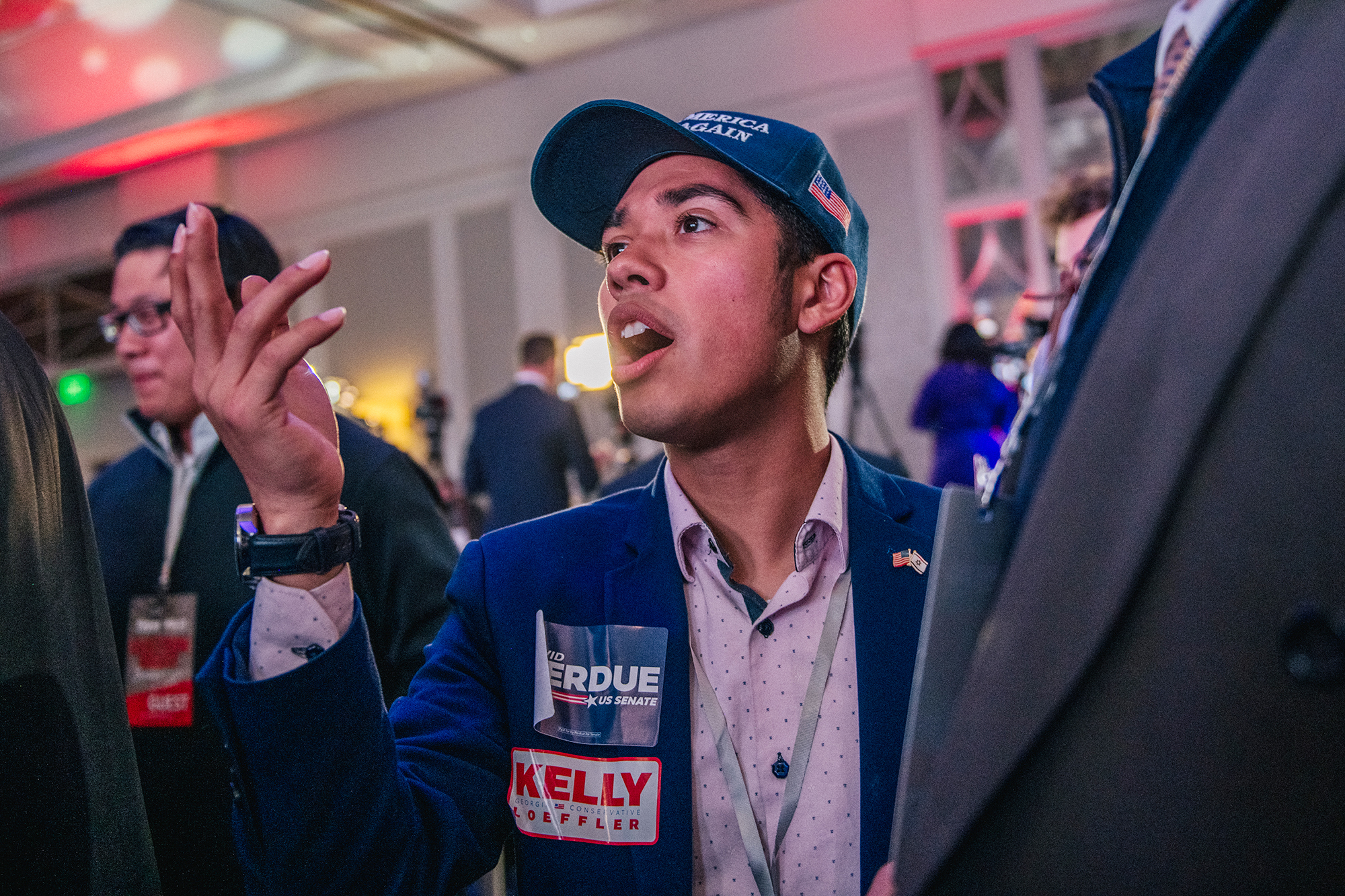 Incumbent Sens. David Perdue and Kelly Loeffler, the Republican candidates in the Senate runoff races in Georgia, got a slightly larger percentage of the vote than President Trump did overall in the 2020 presidential election but failed to draw the same numbers as the Nov. 3 election.

In Georgia as a whole, Perdue won 49.8 percent of the vote and Loeffler garnered 49.4 percent, while their Democratic challengers, Jon Ossoff and the Rev. Raphael Warnock, got 50.2 percent and 50.6 percent, respectively, according to unofficial numbers reported Wednesday.

Trump managed to get 49.3 percent of the vote in a loss to President-elect Joe Biden in Georgia.

But in counties that Trump won in Georgia, Perdue and Loeffler came up short.

In Whitfield County, which Trump won with 69 percent of the vote and where he held a rally Monday night to boost voting on Election Day, both Perdue and Loeffler won slightly more than 70 percent of the vote but came up short in vote totals compared to Trump.

In Jasper County, where Trump defeated Biden 76 percent to 23 percent, Perdue and Loeffler each got 75.7 percent.

But like Whitfield County, they were unable to pull as many votes as Trump did — 5,822.

Warnock was declared the winner against Loeffler.

Despite Ossoff claiming victory earlier Wednesday, the race remains too close to call.

The Senate runoff, which determines whether Democrats or Republicans will control the chamber, took place amid a backdrop of voter fraud allegations by Trump and his Republican allies.

“The fact is we won the presidential election, we won it big. And we’re going to win tomorrow,” Trump said at the rally Monday night. “The Democrats are trying to steal the White House. You just cannot let them steal the Senate.”

Longtime GOP consultant Ed Rollins said the Democrats had their act together in Georgia and the Republicans didn’t.

“There was a great turnout of black voters. Republicans didn’t turn out in the numbers as when Trump was on the ballot,” said Rollins, who ran President Ronald Reagan’s re-election campaign and managed a pro-Trump super ​PAC.

Rollins said Trump focusing on his grievances about his own loss instead of solely on helping drive up the vote for Perdue and Loeffler didn’t help matters.

“Trump diminished the message. Trump’s angry man message diminished everything else. There wasn’t a clear message.​ ​It created confusion.

“Their side was motivated and our side wasn’t. That’s what the autopsy will show.”​

But while Loeffler and Perdue underperformed, their challengers did the opposite, according to an analysis by the Washington Post. ​

Warnock did better than Biden in 140 of Georgia’s 159 counties, outperforming him by an average of 0.8 percentage points.

In contrast, Loeffler only did better than Trump in 82 counties. ​​

Yankees trade for outfielder Greg Allen in deal with Padres

Trump campaign to appeal dismissal of election lawsuit in Pennsylvania