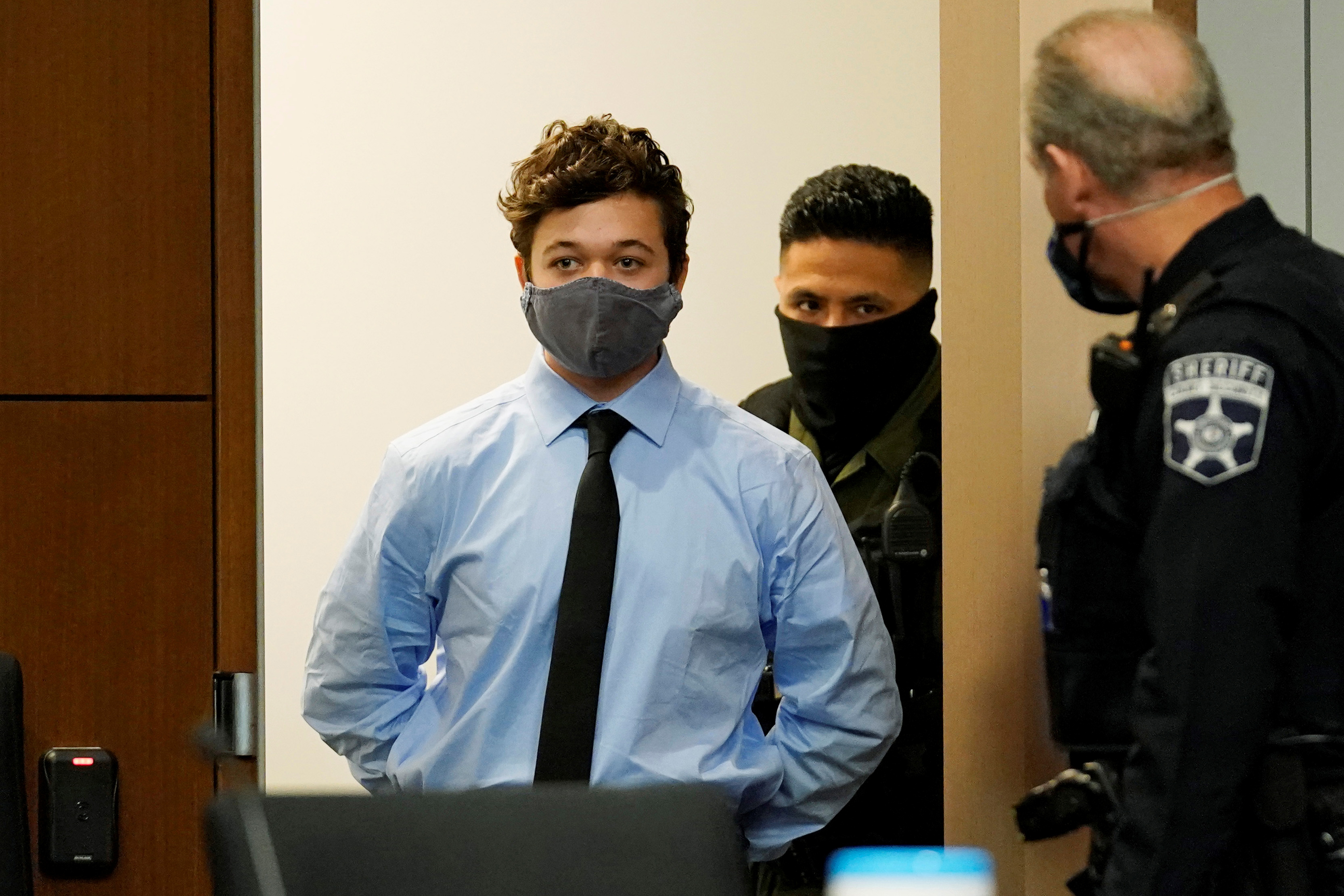 Wisconsin prosecutors are seeking to change the terms of Kyle Rittenhouse’s bond agreement after the Kenosha gunman was spotted drinking at a bar and allegedly flashing white power signs earlier this month.

The motion stems from an image of Rittenhouse, 18, at Pudgy’s Pub in Mount Pleasant on Jan. 5 wearing a T-shirt that read “Free as F–k,” WTMJ-TV reported.

Kenosha County prosecutors want to bar Rittenhouse from being able to consume alcohol, enter pubs, display white power signs and congregate with known white supremacist groups — all actions allegedly committed by the teen during the Pudgy’s outing with his mother, the report said.

Rittenhouse is currently free on $2 million bond while he awaits trial on murder charges for killing two Black Lives Matter protesters and wounding a third.

Rittenhouse was with armed militia members in Kenosha on Aug. 23 when he shot and killed Joseph Rosenbaum and Anthony Huber, and wounded Gaige Grosskreutz.

He was arrested the following day in his home in Illinois.

His lawyers said the teen acted in self-defense when he was confronted by Black Lives Matter protesters who were demonstrating over the police shooting of Jacob Blake.

Minnesota boy mauled to death by dog at family’s home