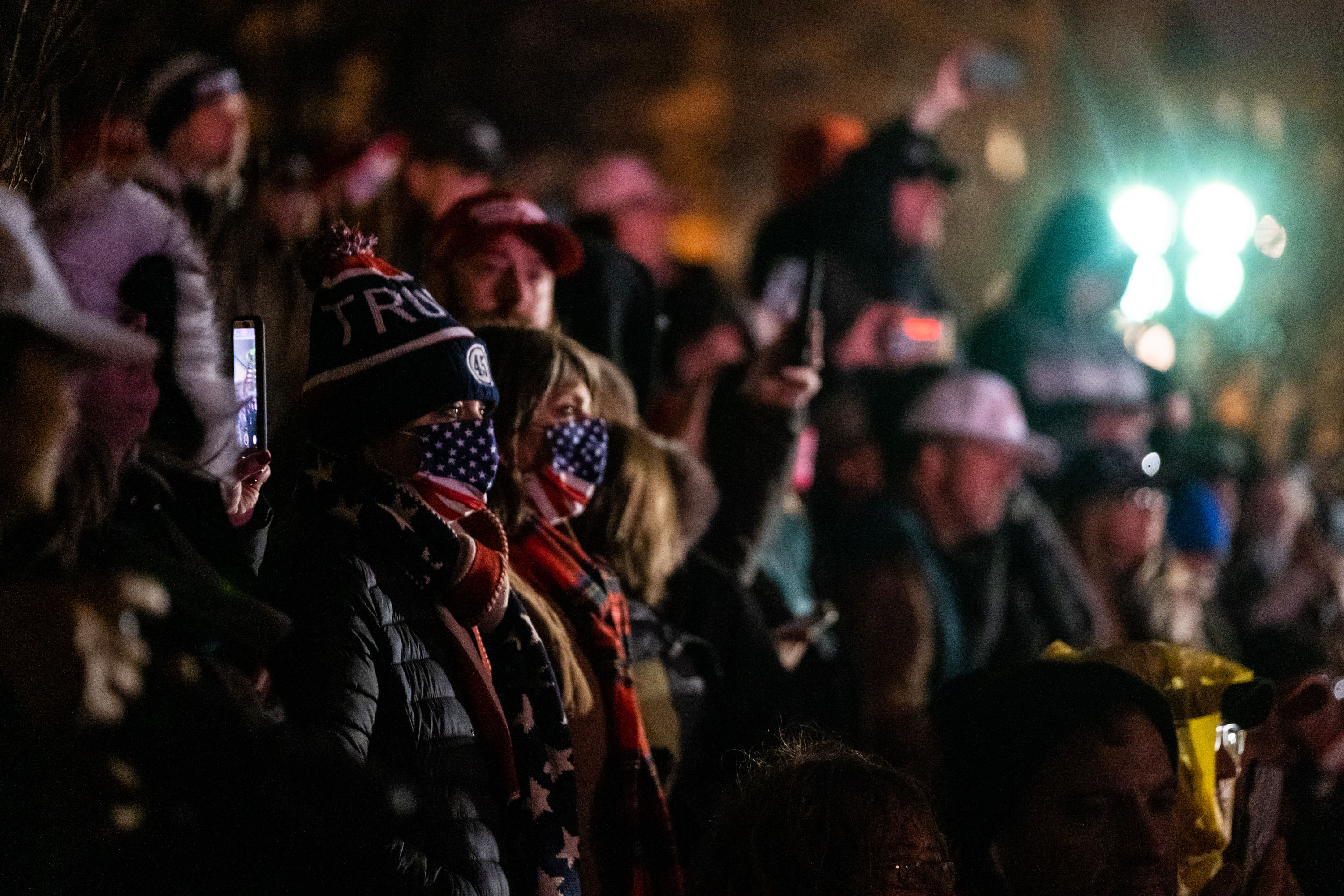 Protesters clashed with police in Washington, D.C. Tuesday night as tensions flared on the eve of planned rallies by supporters of President Trump to contest the scheduled certification of the president’s election loss.

Videos posted on Twitter show police holding back crowds of pro-Trump protesters and using pepper spray during one of the more violent clashes posted on social media.

Another clip shows a line of cops seemingly taking a woman into custody while at least two other Trump supporters seem to scuffle with officers — but back up when the cops use pepper spray.

In another video, the Twitter poster said a woman at that site was left bloodied.

Protesters at another location are seen gathered in a large crowd and chanting, “F–k Antifa,” the clip shows.

Some were wearing red hats bearing the president’s while others waved Trump campaign flags.

DC police this week braced for unrest on Wednesday, when Congress is scheduled to certify the results of former Vice President Joe Biden’s election win over Trump.

But Trump has refused to concede the race and continues to maintain that the election was rigged against him — prompting him to hold a rally in the city and hundreds of his supporters to converge on the capital.

National Guard troops have been called into help city police in anticipation of clashes between anti-Trump protesters and the Trump demonstrators.

Woman reunited with dog who was taken outside NYC deli