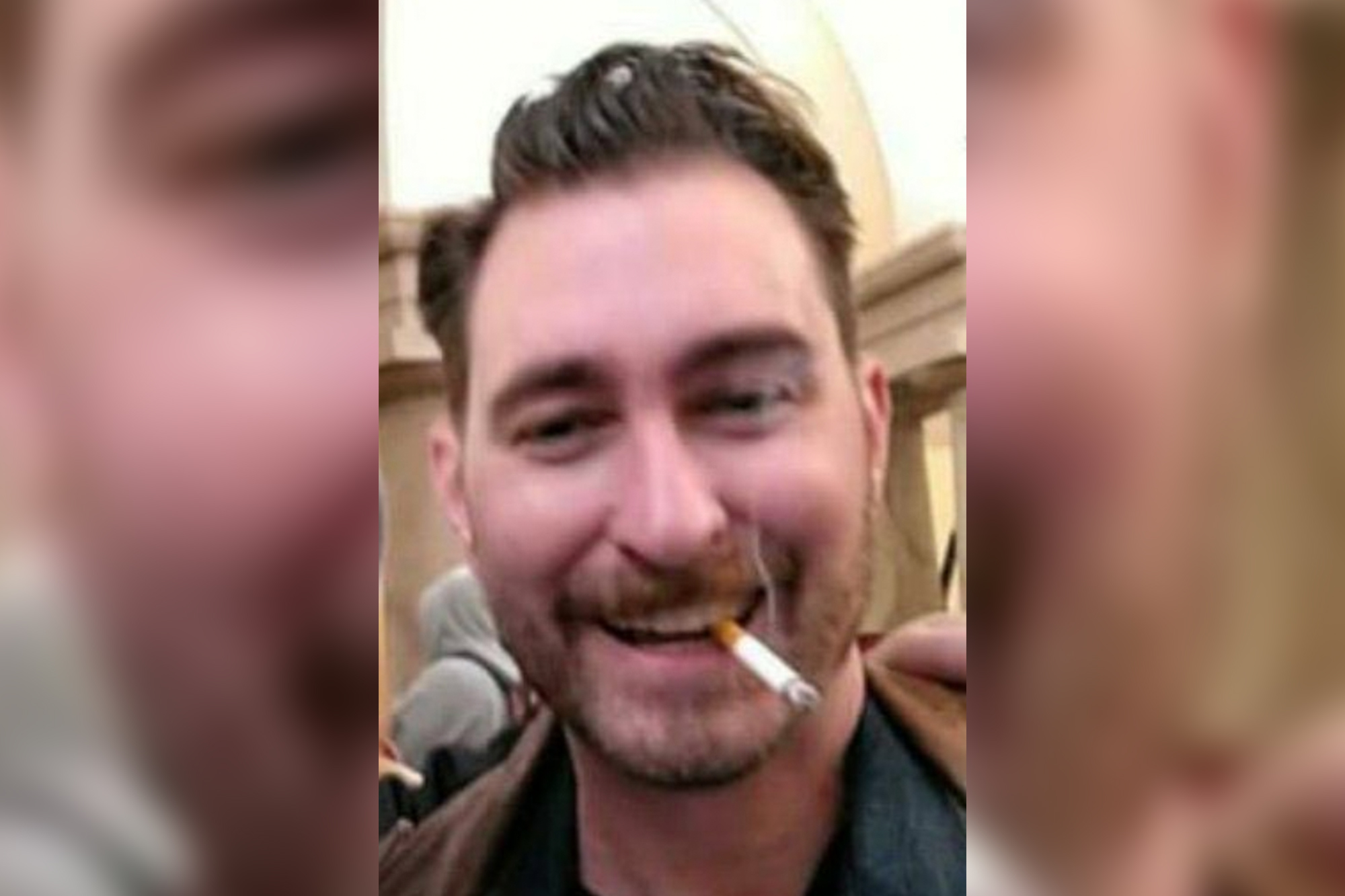 A leader of the far-right Proud Boys group who was photographed grinning and smoking a cigarette in the halls of Congress during Wednesday’s riot has been arrested, federal officials said.

FBI agents collared Nicholas R. Ochs, 34 of Hawaii, at Daniel K. Inouye International Airport in Honolulu on Thursday as he was arriving home from Washington, the U.S. Attorney’s Office said in a statement.

He is charged with misdemeanor unlawful entry of restricted buildings or grounds.

Prosecutors used Ochs’ own social media accounts as proof of his participation in the pro-Trump mob that breached the Capitol on Wednesday as Congress prepared to vote whether to certify the results of the 2020 presidential election. His smoking selfie is cited in the complaint.

“Hello from the Capital[sic] lol,” Ochs wrote on Twitter Wednesday afternoon, captioning a shot of him and another person with lit cigarettes in their mouths.

Ochs, the leader of the Proud Boys’ Hawaii faction, admitted he was inside the Capitol Building, but claimed he was there as a “professional journalist” in an interview with CNN.

“We didn’t have to break in, I just walked in and filmed,” he said, according to the complaint. “There were thousands of people in there — they had no control of the situation. I didn’t get stopped or questioned.”

“Show this tweet to leftists and say they won’t do s–t when he just keeps being president,” Ochs wrote in November, alongside a tweet from President Trump declaring he won the election. “They are getting scared, and they don’t function when they’re scared.”

Ochs’ case is among more than 50 that have been filed in connection with Wednesday’s riots.

Dems grapple with impeachment realities in race to punish Trump

2 hurt after rented red Ferrari wipes out on Chicago expressway