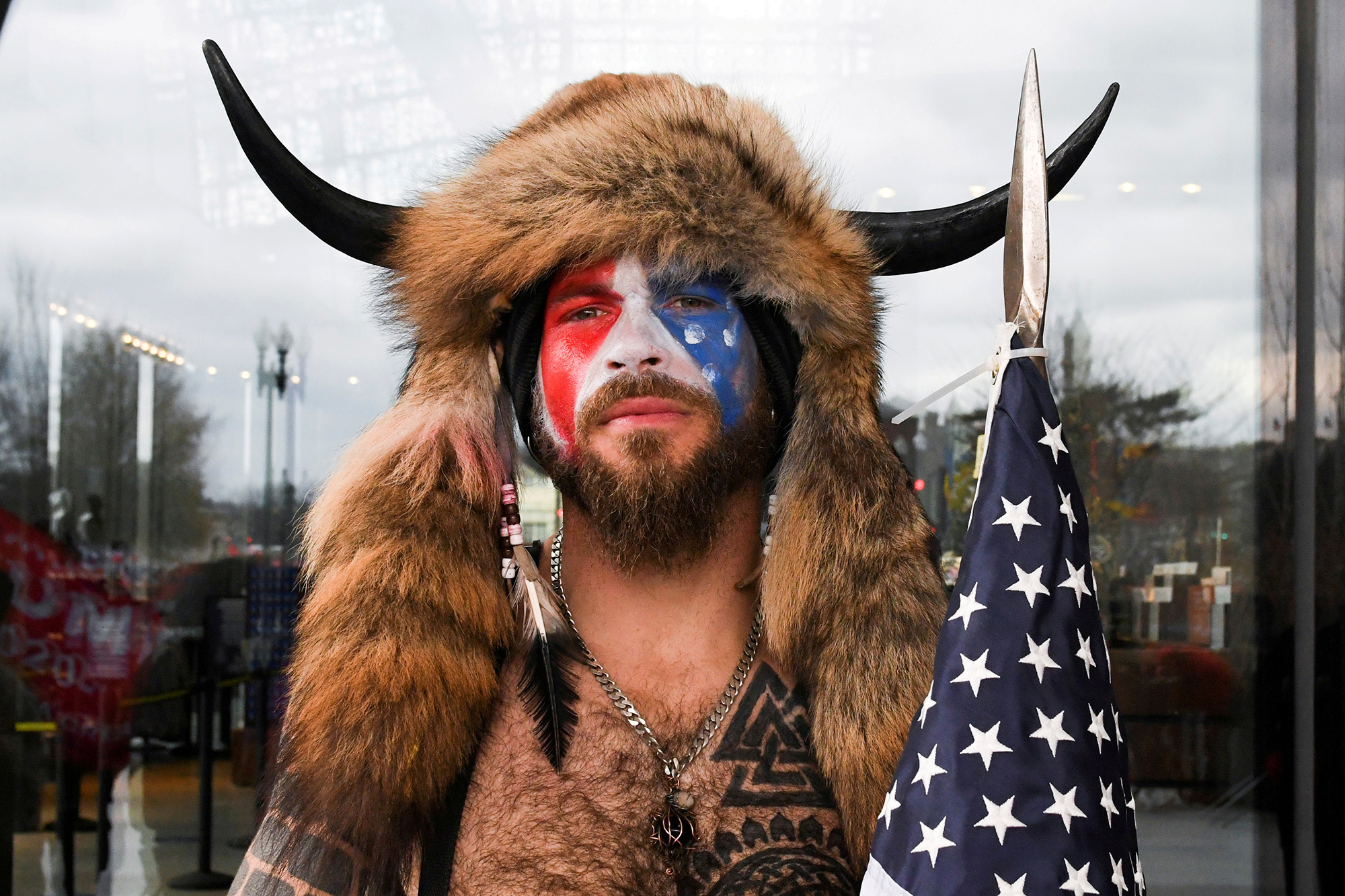 The QAnon believer who stormed the US Capitol building while wearing a fur-covered horned hat will be given organic meals in jail after refusing to eat regular food provided by the lockup.

A lawyer for Jake Angeli, 33, who also goes by the name Jacob Chansley or QAnon Shaman, said during his initial court appearance on Monday that he was refusing to eat while behind bars because of his strict organic diet.

Arizona Magistrate Judge Deborah Fine ordered US Marshals to work with his attorney to resolve the issue — which they did by agreeing to serve him organic food, a local ABC affiliate reported.

“We will abide by the judge’s order,” a US Marshal told the local television station, adding that they’d provide him food that meets his high dietary restrictions.

The nut job’s mother, Martha Chansley, told the Arizona Republic newspaper after the court hearing that her son “gets very sick if he doesn’t eat organic food.”

Angeli, who turned himself in to authorities on Saturday, was photographed wearing face paint and a horned hat, marauding through the halls of the Capitol building with other followers of President Trump on Wednesday.

When he returned to Arizona after the siege, Angeli told local news outlets that he wasn’t worried about what he did because he didn’t believe he had broken any laws.

“I’m not really all that worried about it because, in all honesty … I didn’t break any laws. I walked through open doors,” he said.

He’s now being held in federal lockup in Phoenix until he faces charges in Washington for his role in the insurrection.

Tokyo Olympics will be this summer, despite report: IOC