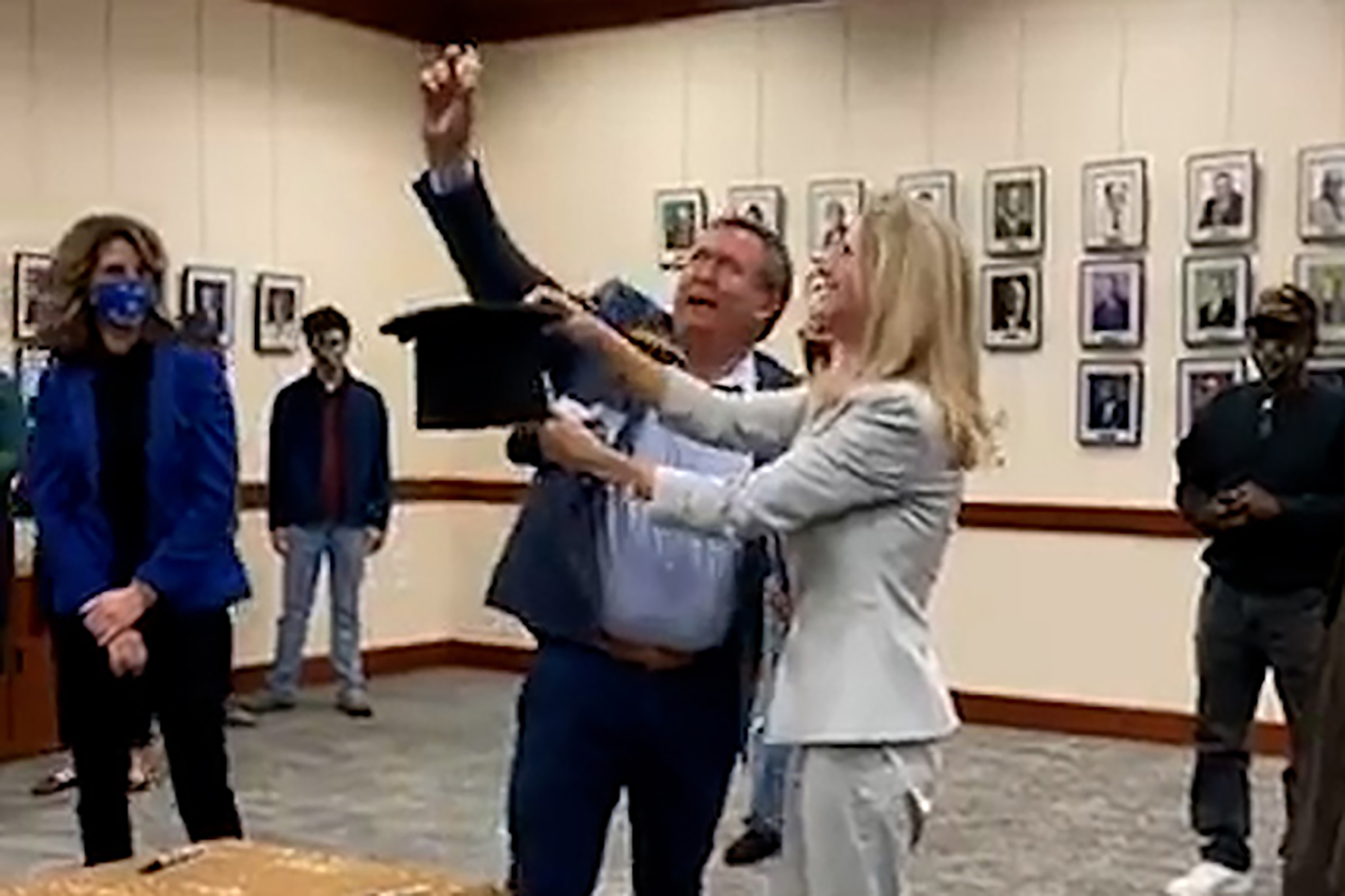 The race for mayor of a Texas city was decided by pulling a name out of a hat.

Sean Skipworth and Jennifer Lawrence both received 1,010 votes for mayor of Dickinson following a runoff election and a recount this week.

Under Texas law, a tie for a race for public office can be resolved by a random selection.

A ping pong ball with the name of each candidate was placed in a top hat during a Thursday ceremony in the Texas suburb.

Skipworth assumed the office of mayor after the ball with his name on it was pulled from the hat.

“I just thank everyone for coming out and voting,” Skipworth said after the hat trick. “Literally, every vote counted.”

“I’ve had dozens and dozens of people praying about this,” she said. “I told Sean I would support him, and I will, and I think unity is the way to go to get stuff done.”

Dickinson is about 40 miles southeast of Houston and home to more than 21,000 people.

Spanx extra 30% off New Year’s sale is worth celebrating

Astronomers discover a massive family of stars in the Milky Way