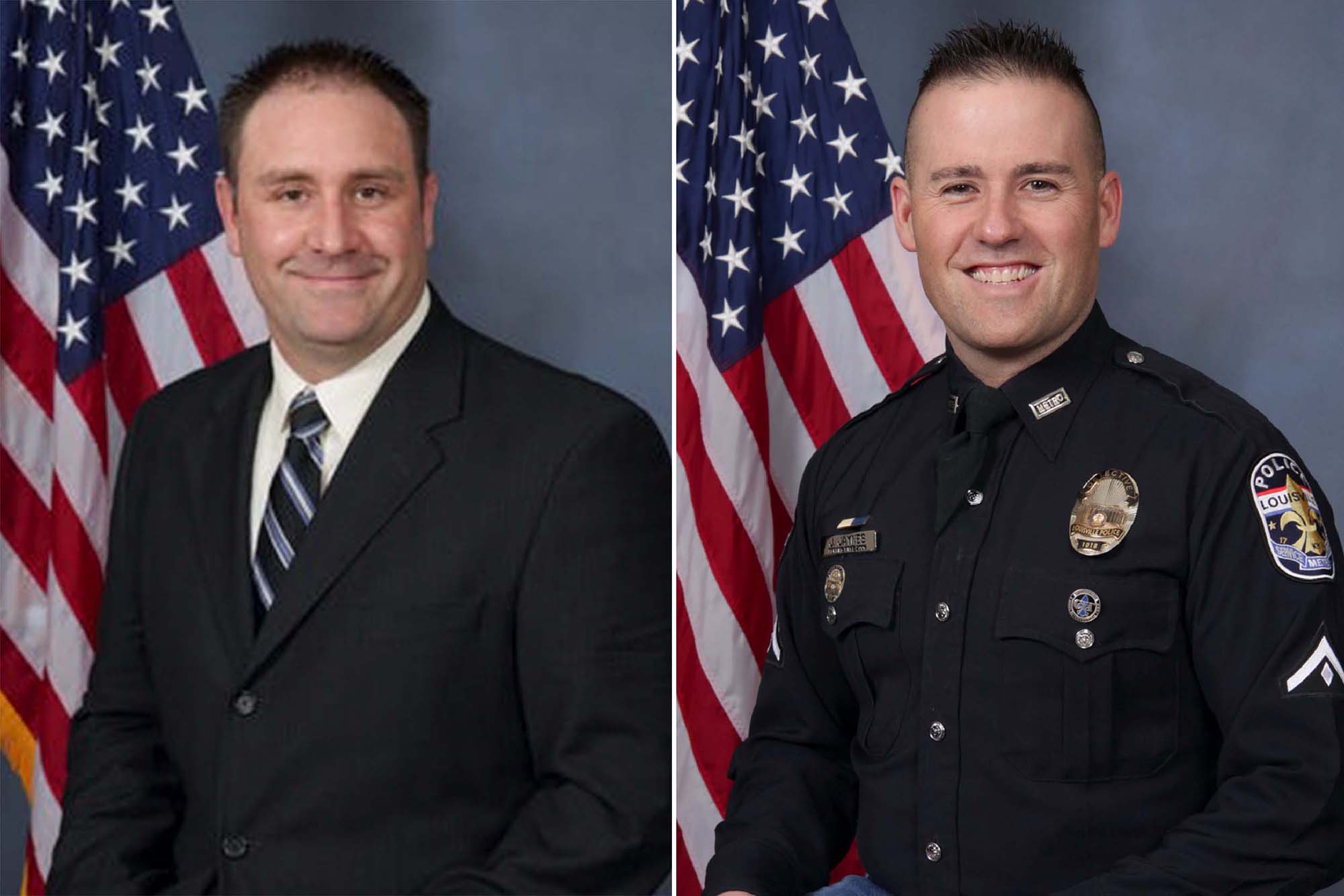 Two more detectives involved in the botched raid that left Breonna Taylor dead in her Louisville apartment were officially fired this week, according to a new report.

Det. Myles Cosgrove, who the FBI concluded fired the shot that killed Taylor, 26 — a black woman whose death sparked a wave of nationwide protests — was fired Tuesday for violating use-of-force procedures and failing to use a body camera during the March 13 search warrant, according to The Louisville Courier-Journal.

In a Tuesday night email to fellow officers obtained by the paper, Cosgrove blasted the leadership of the Louisville Metro Police Department for succumbing to “political pressures” and declared that leaders “aren’t afraid to perform hatchet jobs on you either.”

“Think about that next time you put on the uniform and badge,” he wrote, according to the report. “For those of you still doing real police work, it’s just a matter of time till you (too) will be a sacrificial lamb. I plead with you, do nothing.”

Det. Joshua Jaynes, who secured the search warrant for Taylor’s apartment, was found in violation of department policy for truthfulness and search warrant preparation, according to the Courier-Journal.

Both detectives received pre-termination letters last week from interim Chief Yvette Gentry, who stood by her decision after meeting with both cops and their attorneys, the paper reported.

The officers now have the option to appeal their firings within 10 days to the Police Merit Board — which could either uphold the firings, or set them aside, creating new penalties, according to the report.

The detectives may then appeal the merit board’s decision within 30 days to a circuit court judge.

Back in June,  Detective Brett Hankison was fired for “blindly” firing 10 rounds into Taylor’s apartment. He has been charged with three counts of first-degree wanton endangerment.

Hankinson has appealed to the merit board, which will hear the appeal upon the conclusion of the criminal case.

In addition to the firings, six other officers were sanctioned in connection to their actions during the raid, according to the Courier-Journal.

Sgt. John Mattingly, who was wounded during the operation, was exonerated for use of deadly force and de-escalation violations, the paper reported.

Sgt. Kyle Meany reportedly received a letter of reprimand for violating the department policy around risk assessment and SWAT Team response for a search warrant.

Det. Anthony James, found to have worn a body camera but failed to activate it, was ordered suspended for a day, the paper reported. Det. Michael Campell also reportedly received a one-day suspension for a body camera violation.

Det. Wes Barton was exonerated for a truthfulness violation related to his role in preparing for the operation, according to the report.

And Lt. Shawn Hoover, the commanding officer present during the warrant, was also exonerated of reportedly violating procedures.

Why Dave Gettleman is coming back as Giants GM

Fauci reportedly the highest paid federal employee in US