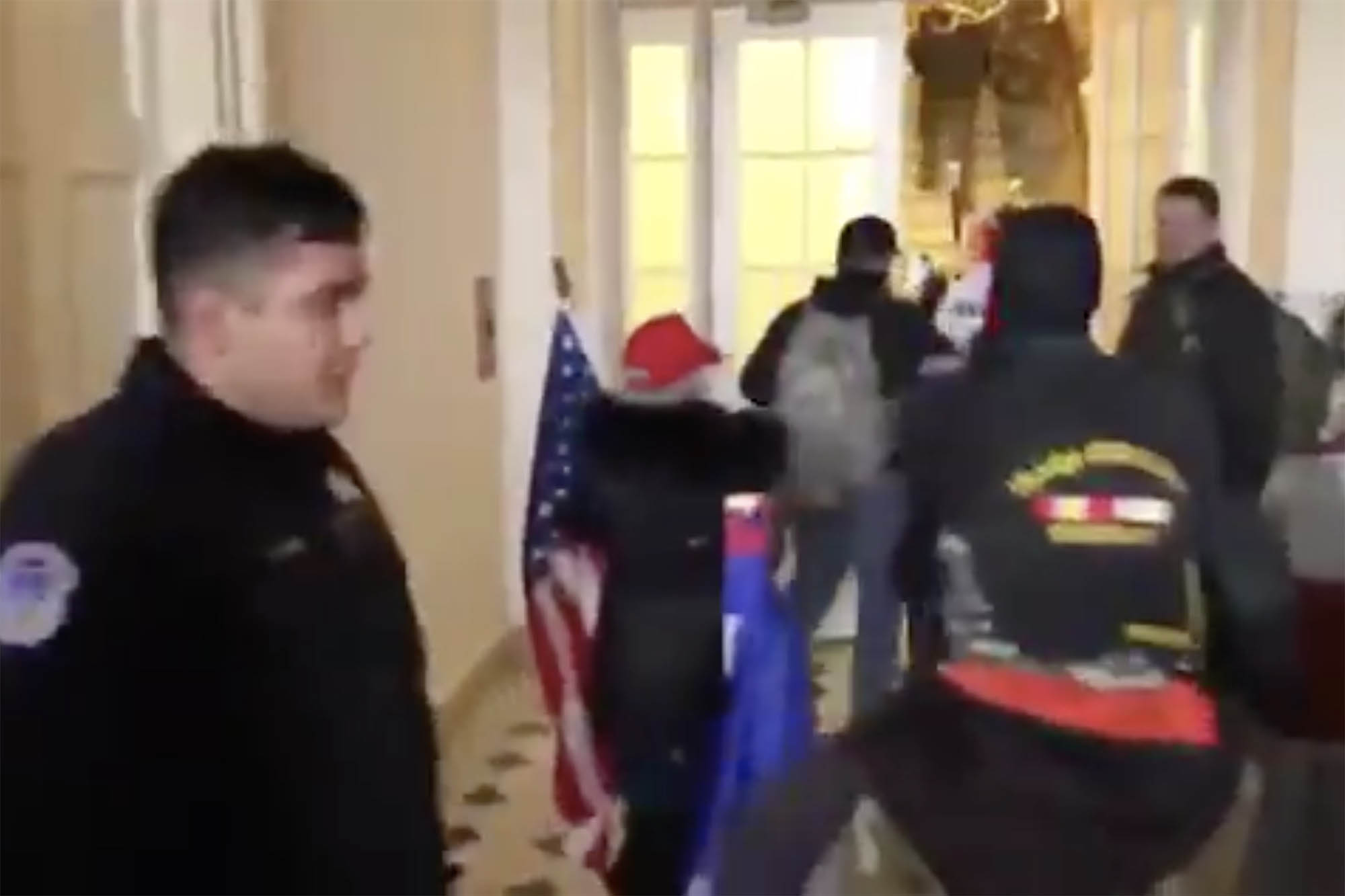 Disturbing video taken during the storming of the US Capitol shows five police officers apparently standing by doing nothing as throngs of President Trump rioters stream through a side entrance to the building.

The clip, tweeted by OAN host Christina Bobb Friday, shows dozens of MAGA-hat wearing rioters shouting “f–king traitors” burst through a set of doors as uniformed US Capitol Police officers, two of whom weren’t wearing masks, stood motionless with their backs to the wall.

As more and more marchers streamed into the building to stop a joint session of Congress attempting to certify Electoral College votes for President-elect Joe Biden, the overrun cops stayed frozen in place, doing nothing to stop the insurrectionists, the clip shows.

At one point, an officer says to the camera “you can disagree with it” but the rest of his statement can’t be heard as a cacophony of chants and alarms reverberated through the hallowed halls.

The USCP, which has an annual budget of about $460 million, has been widely criticized and mocked for the monumental security failure that left one of the nation’s most important buildings under siege for more than four hours and five dead, including USCP Officer Brian D. Sicknick.

On Thursday, USCP Chief Steven Sund announced his resignation in response to the criticism.

On Friday afternoon, the Senate announced a bipartisan investigation into the “security failures” that led to the unprecedented breach.

Attacks on NYC subway workers climb despite dip in ridership

Attacks on NYC subway workers climb despite dip in ridership