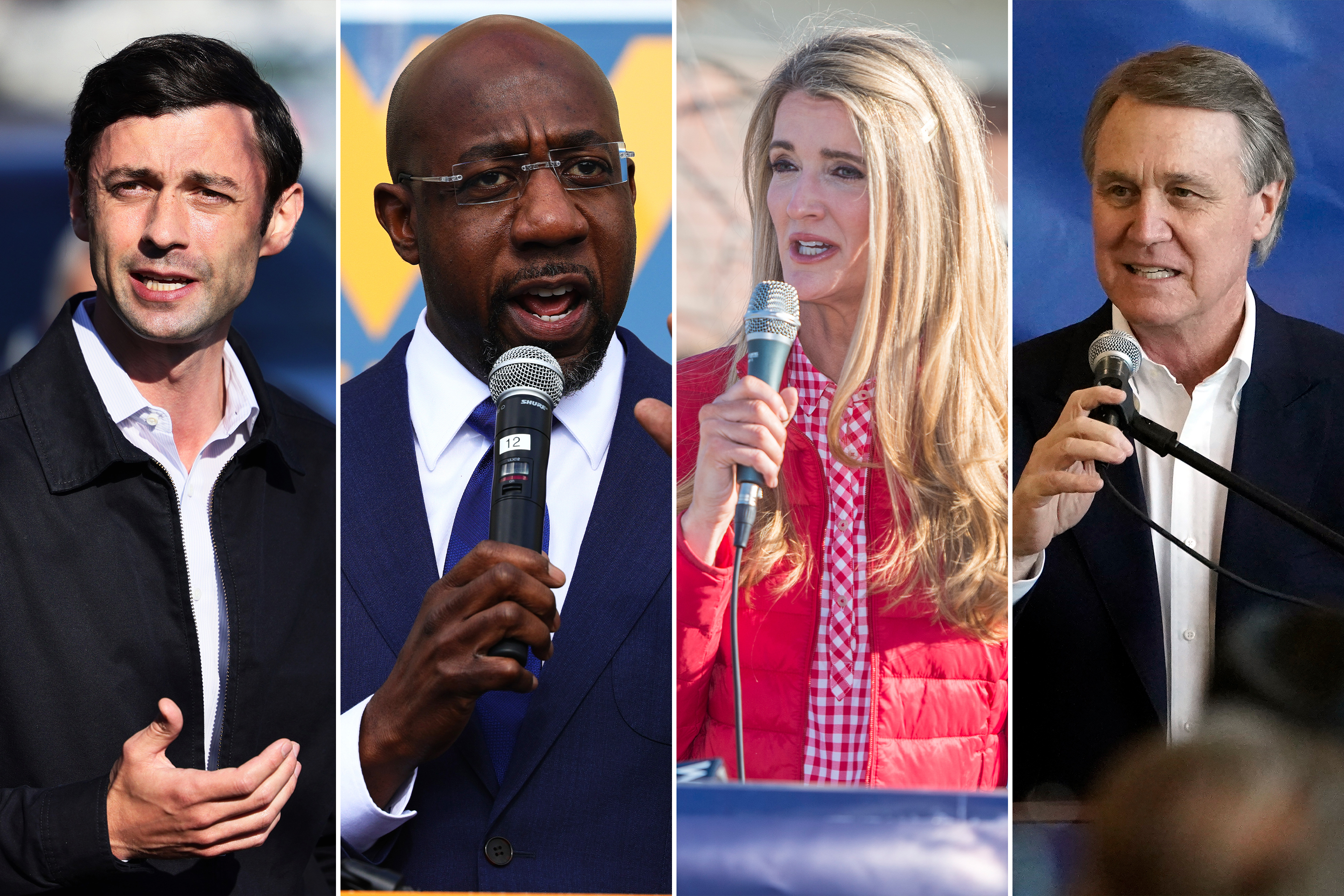 The eyes of the nation are trained on the Peach State for the two races that will determine which party controls the Senate and whether incoming President-elect Joe Biden will have any congressional check against his left-leaning agenda.

Ossoff, a 33-year-old investigative journalist, and Warnock, a senior pastor at Atlanta’s historic Ebenezer Baptist Church, pulled ahead as the vote count progressed on Tuesday evening but there are still many ballots to be tabulated.

The majority of the votes counted so far have been from early and mail-in votes in which Democrats always perform better, with Republican turnout higher on election day.

Many of the remaining votes are from GOP strongholds in northern Georgia, meaning that Loeffler and Perdue may erase the gains made by Ossoff and Warnock late into Tuesday night and maintain Republicans’ stronghold on the upper chamber of Congress.

More than 3 million people cast their ballots early — or approximately 40 percent of registered voters in the state — while hundreds of thousands of other Georgians were expected to turn out on Wednesday.

Given the enormous turnout and huge volume of mail-in ballots, which cannot be counted until polls close at 7 p.m., the races may not be called for days in a repeat of the agonizing presidential election.

The outcome of the two Peach State races will determine the political direction of the United States for years to come and whether Biden will be able to push through tax hikes, the Green New Deal and another revamp of ObamaCare among other left-leaning initiatives.

At an election eve rally in Dalton, Ga., President Trump implored Georgians to cast their ballots and warned that they would be at the mercy of Biden, House Speaker Nancy Pelosi (D-Calif.) and Senate Minority Leader Chuck Schumer (D-NY), who would become majority leader under Democratic control of the Senate.

“The people of Georgia will be at the mercy of the left-wing socialists, Communists, Marxists, and that’s where it’s going. You know we don’t like to use the word Communist,” he said.

Minnesota boy mauled to death by dog at family’s home

The NYC exodus that de Blasio refuses to see

What to Watch This Weekend: Best Movies & TV Shows on Netflix, HBO & More